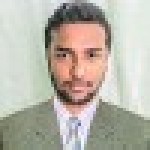 Ranu Mandal- the lost internet sensation from Bengal. Once an internet sensation Ranu Mondol is quite a lost name nowadays. Last year, she became a singing sensation overnight because of a viral video of her. Let me remind you, a video of Ranu Mandal singing the song “Ek Pyar Ka Nagman Hai” became viral. It made her a very known name among netizens. All the social media platforms got overloaded with Ranu’s videos. Everybody was busy sharing his videos. And that all come with a great surprise for her. Mr. Himesh Reshammiya a great music director from Mumbai gave her an offer to sing “Teri meri Kahani”.

Ranu Mandal belongs to West Bengal, India. Her first viral video is said to be recorded outside the Ranaghat railway station. As soon as she became popular controversies started following her. Quick fame and Bollywood break could not solve the issues of her life.  Ranu Mandal’s behavior and attitude were being questioned. These controversies raised criticisms and dropped her fan following to a great extent. Pictures showings badly worn makeover were circulated all over the internet. Funny memes and videos of Ranu Mandal started floating over the internet. It was quite a disappointing moment for Ranu manal and her family.
We are looking forward to seeing Ranu Mandal singing again and getting back her popularity. Gifted talents are very rare in this world. We, therefore, must appreciate natural artists.  We hereby wish Ranu Mandal good health and success in her life.
Click here to read more viral stories of your favorite artists.
Image Source: https://www.facebook.com/RanuMondalMusician/

Note: This content has been developed with an intension to support the artist. All images and video contents have been acquired from various sources including social media platforms and youtube. For any objection, claim or other concern write to us at dey.abhijeet@mail.com